How to Save $$Thousands in Health Care Costs with Medical Tourism 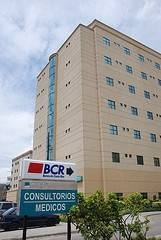 When I was in Costa Rica a few weeks ago, I continually found myself running into Americans who were in the country for a combination of R&R and medical tourism. I met a couple in the San Jose airport who planned to stay in the city for a few days to have dental work done and get doses of botox and Juvederm, before heading south for a jungle foray. Later I met a group of gals a few years older than me who were taking a river rafting trip, but said they’d made plans to return for facelifts in a few months, after which they planned to recuperate anonymously at a quiet beach resort.

Now Peter Greenberg has put together a well-reported guide to medical tourism for MSN that compares the specific costs of a number of medical procedures such as hip replacements and angioplasties in the U.S. and in a selection of other countries, including Costa Rica. For reasons of proximity, convenience, and cost, Costa Rica has become one of the top destinations for medical tourism in the past few years.
Thanks to Greenberg for alerting me to the fact that the medical tourism story, which I’ve reported before, is getting ever stranger. Now insurers such as Blue Cross and Blue Shield have launched their own subsidiary, Companion Global Healthcare, to facilitate medical tourism. It’s almost as if the American medical establishment is throwing in the towel, admitting it can’t meet the needs of the vast majority of patients who don’t have comprehensive healthcare with affordable co-pays. Remember that song, “What’s Going On?” Seems very appropriate here; cue background music.
Tags: Costa Ricahealthmedical tourism

Next post Yelapa: An Hour By Boat Yet Centuries Away from Puerto Vallarta