7 Reasons You Need Vitamin D to Stay Healthy in Winter 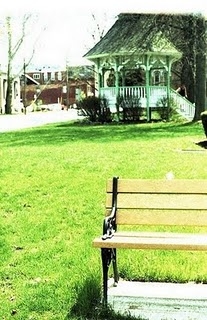 The days are getting short and dark now that it’s mid-November, and at the end of many a busy day I realize I haven’t managed to get out in the sun once all day. That’s not a good thing, because more and more evidence is pouring in that getting enough vitamin D — sometimes called the “sunshine vitamin” because our bodies synthesize it from the sun — is absolutely crucial to staying healthy. In fact, the latest studies are so convincing that I’ve talked to doctors who wonder aloud whether low vitamin D levels could turn out to be the “missing link” that’s at the root of many of the chronic health ailments plaguing our generation.

Here’s a roundup of the latest reasons to make sure you’re getting enough vitamin D:

Convinced yet? I sure hope so. Polls of doctors show that vitamin D is one of only a few supplements doctors say they’re careful to take themselves. And studies show that about 41 percent of men and 53 percent of women in the U.S. have vitamin D levels that are too low.

There also seems to be confusion about how much vitamin D to take, and no wonder. That’s because the U.S. daily guidelines are wrong. There, I said it; they’re just plain wrong. The majority of medical experts agree, but bureaucracy is slow, especially in the case of public health recommendations, and they’ve not yet been changed.

Do what vitamin D researchers recommend and ignore the guidelines (in this particular case). The consensus of medical opinion is to take 2000 IUs of vitamin D3 daily. (This form of vitamin D is better absorbed and stays in your blood longer, and you can’t get it from food.) In the summer, it’s also a good idea to go outside in the sunlight for 15 minutes a day without sunscreen, but it’s winter right now and unless you live in the south or southwest, the sun won’t be strong enough to have a vitamin D-building effect.

An even more reliable option is to ask your doctor to have your vitamin D blood level measured the next time you test your cholesterol and lipids. The result you want? Optimum is between 35 and 55 nanograms per milliliter, also measured as between 80 and 120 nanomoles per liter. If your vitamin D levels are low, you can take drugstore vitamin D or ask for a prescription vitamin D supplement; these are even stronger than what you can get over the counter. Have your doctor check your vitamin D level again in six months and see if it’s now in the optimum range.

And if you’re supplementing with vitamin D on your own and worried you might take too much, move on to other worries — it’s really not a serious risk. The reason it’s so puzzling to many experts why people aren’t taking vitamin D is that there’s very little downside; vitamin D causes no side effects and you’d have to take an enormous amount before your blood levels would rise too high.

For those of us who love to travel and adventure in the great outdoors, catching some vitamin D-building UV rays is just another incentive. All it takes is 15 minutes a day (between 10 a.m. and 2 p.m.) of bright sunlight, so take that into account when planning your next trip or outing.

–Go for a hill walk and look at the view.
–Take a kayak out on a lake or river.
–Go for a bike ride — just make sure you’re not too covered up. (You need some skin exposed.)
–Go for a swim if you’re lucky enough to live in a warm-winter climate.
–Have a picnic.

But remember, between November and March the sun is only high enough to fuel vitamin D synthesis south of latitude 37 degrees (draw a line across the country from Richmond, Virginia through San Francisco).

Next post Three Days in Tuscany an Hour from Home