The Sound of Silence in Costa Rica’s Cloud Forest 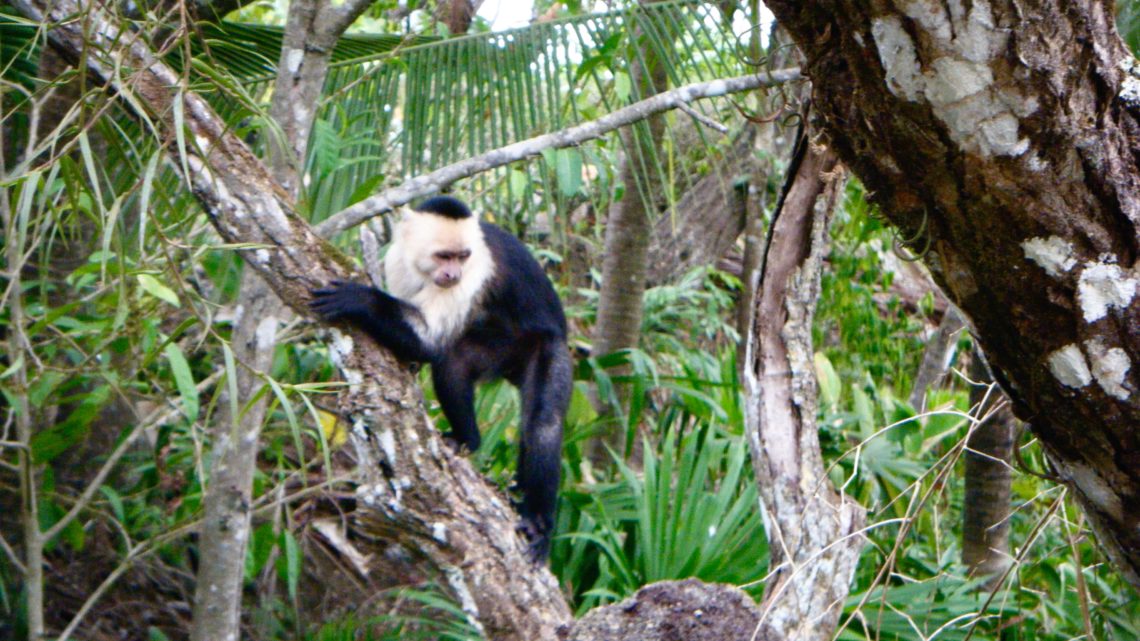 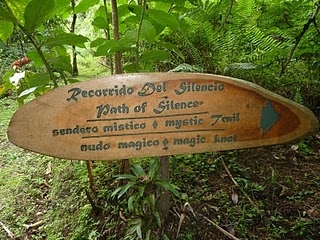 Since arriving at El Silencio Lodge, an über-private nature retreat in Costa Rica’s high volcanic mountains, I’ve been contemplating the meaning of silence. Because silence, at least here in the jungle during the early days of the rainy season, is anything but quiet.

Let’s start with the cicadas, which sound like buzz saws about ten miles away. Then there’s the chirp of the frogs in the creek, the low hummmmm of a million bug wings, the plaintive call of the wren,  the swish and slap of wildlife slipping through the wet undergrowth, all set to the pounding beat of the rain on the thatched roof.

It’s a veritable symphony of silence –  though what’s kept popping into my head all day is the Simon and Garfunkle classic song, The Sound of Silence.

What I love about El Silencio more than anything else (and there’s lots to love) is that the whole operation — and it’s quite an elaborate one — is set up to celebrate and honor silence. Set in the midst of an enormous private forest reserve, El Silencio is like a luxury resort crossed with a meditation retreat. 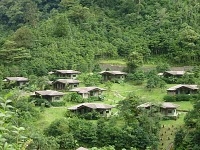 There’s no one out here in this deep green river canyon but us guests, in our well-appointed casitas, and everything around us is set up to encourage us to engage in quiet contemplation, in various ways and forms. (Note: If your idea of a Costa Rica vacation is sunny beaches and wild canopy thrills, this probably isn’t the place for you.)

A series of well-marked hiking trails lead past an intensely productive organic garden and orchard up, up, up through deepest towering jungle, to three incredible waterfalls. You could spend all day wandering the cataract trails if you wanted to. (The gardens provide a wealth of organic fruits and veggies that make the food here notably fresh and healthy – the menu even features many vegan dishes, clearly indicated with their own sympbol.)

On the other side of the river, just past the spa, you can walk to a contemplative maze of hedges known as the hummingbird knot, or magic knot. It’s a sort of labyrinth and butterfly and bird garden rolled into one. I spent an hour there watching at least 20 different varieties of hummingbirds swoop and hover and zip around me. It was an interesting challenge, trying to meditate and match my breathing to the whirr of their wings. 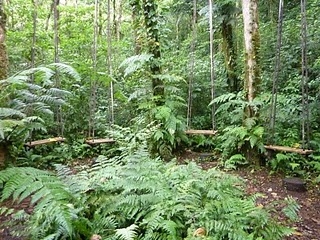 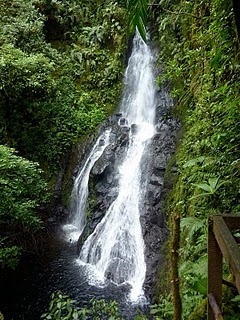 Further into the depths of the forest beyond the knot lies a trail called the Four Elements, where the resorts’s yoga teacher, Carmen, leads group guided meditation walks. I walked it on my own, but I have to say when I got to the third element, titled Discovery, and stumbled into a fern-shrouded glen surrounded by a circle of swings, I gasped with childlike delight and wished I had others to share the moment with.

Swinging between the tall trees, pumping myself higher and higher until the tree ferns brushed my shoulders and legs, I wondered if “swinging meditation” should be a new offering at meditation centers; it certainly puts you in touch with your inner child.

Of course silence reigns at Esencia Spa, where I had a hot stone massage inside a cone-shaped room specially designed to channel the energy of the rainforest. At least so I was told; what I noticed was that the combination of the glass skylight and the round tapered walls magnified the sound of the afternoon rain, when it started, making it so intense I felt like five aboriginal rainstick instruments were being shaken over my head. It definitely had the effect of channeling the energy of the rainforest, though perhaps not as intended. Once I got used to the roar of water, it was incredibly soothing, completely drowning out  the distracting thoughts that often assail me during spa treatments.