When staying in Portland, there's no need to choose between groovy and glamorous. A cluster of new boutique hotels manage to be both, and more. 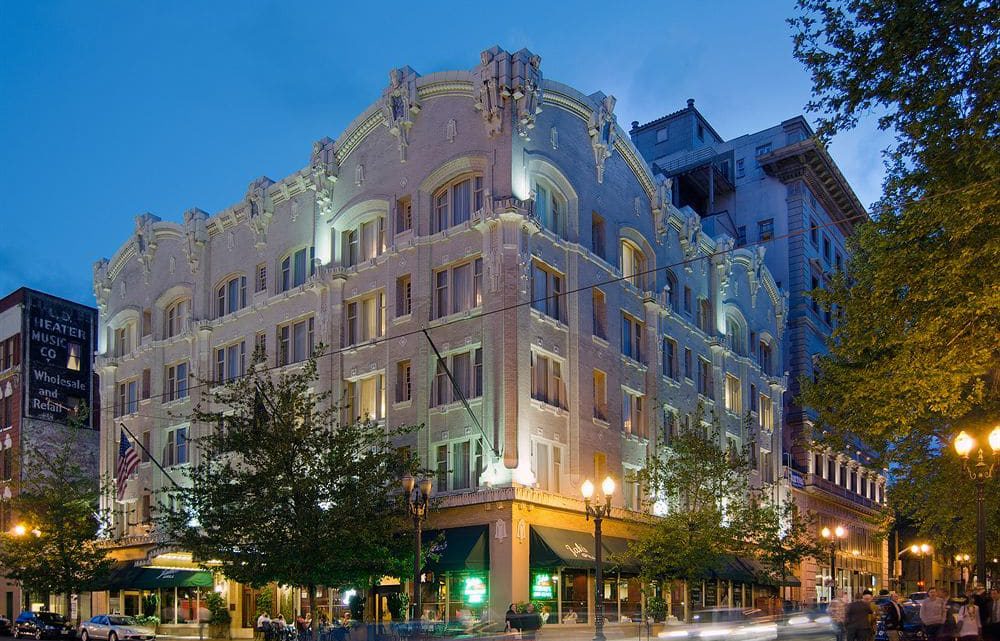 Green, not glam, is the word usually associated with Portland these days. The city has become nationally known for its ethic of creative reuse, which permeates everything from clothing designers to restaurants.

A form of reuse that’s too often overlooked is historic restoration, and Portland, with its history as a riverside logging town replete with money and lumber, is rich with once-elegant old buildings ripe for the retaking. Such is the case with the Hotel deLuxe, once known as the Hotel Mallory, which was saved from the wreckers’ ball four years ago and redone in opulent splendor that pays homage to the Golden Era of Hollywood.

Sashay through the corridors and it’s easy to believe you’re channeling the spirit of the screen sirens and dapper gents pictured in the enormous black and white stills on the walls. Dripping with crystal and shimmering with etched glass, the decor is one part Greta Garbo, one part Bugsy Malone. A screen in the lobby loops classic films of the 1930s-195 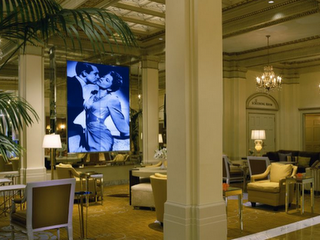 0s, and each floor sets out to educate guests on a particular genre of film history from dance spectacles to European art films.

You can’t stay at the Hotel deLuxe without a bit of glamor rubbing off on you. Sink into an art moderne banquette at the hotel’s elegant restaurant, Gracie’s, and you’ll understand why it keeps getting voted “most romantic” by Portland locals. Knock back a scotch at the Driftwood Bar to experience its film noir vibe; I kept looking down the bar expecting to see Humphrey Bogart waiting for Lauren Bacall to walk through the door.

The deLuxe is owned by Portland-based boutique brand Provenance hotels, which also runs the equally popular Hotel Lucia, the Hotel Max in Seattle, and my favorite art glass showcase, the Hotel Murano in Tacoma, Washington.

Quite nearby is the newest Provenance property, the 100-room Sentinel, which opened in 2014 after a ground-up restoration that turned the once eyesore Governor into Condé Nast Traveler’s vote for top Portland hotel. With pet service, beehives on the roof, and an art gallery of photos featuring such diverse “sentinels” as John Coltrane, Rosa Parks, Steve Jobs, and Sid Vicious, it’s anything but boring, which seems to be the motto of Provenance.

The Hotel deLuxe is located on the newly spendy northwest side of Portland, home to the fashionable Pearl District. Walk a few blocks towards the river (you have to cross a bridge over the sunken highway 405) and you can update your wardrobe at chi-chi boutiques like Moulé and Mabel & Zora or refurbish your home at Bella Casa and Cielo Home.Stroll the other way and you’re soon in narrow hilly streets lined with turn-of-the century Victorians. This is Nob Hill, Portland’s mecca of upscale dining; go Parisian at Paley’s Place, Italian at Caffe Mingo, or sample Indian-style tapas and listen to jazz at Indish. But no matter what, finish off with something rich and chocolatey at Papa Haydn’s, Portland’s original and still most beloved dessert palace.

The streetcar line serves both neighborhoods with restored electric trams reminiscent of the St. Charles line in New Orleans, so there’s no need to get in your car.  A few days spent in the luxe enclave of the Hotel deLuxe and I promise you’ll forget all about Portland’s groovy funky side and yearn for a return to the splendor of lumber barons, 5 p.m. martinis, and dressing for dinner.

Previous post How to Stay Fit and Healthy When You Travel

Bed Bug Alert: What to Know Before You Go