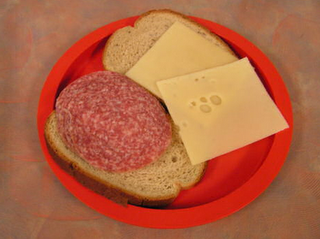 A few weeks ago I stumbled on some interesting research about foods that sabotage sleep and wrote it up in a short article for Caring.com, a website for Baby Boomers caring for aging family members. Last week the Atlanta Journal-Constitution‘s health blogger picked up my story, and it’s been an interesting ride ever since.

On Friday, CNN reporter Liz Kennedy taped an interview with me that’s slated to air during morning drive time, probably tomorrow. And meanwhile, my tips are showing up in blogs and health columns all over the place. (Usually with ethical attribution, but not always…)

So it occurs to me that since my advice was clearly valuable — and since insomnia is the bane of travelers everywhere — why not repeat it here? Especially since I can offer some new tips I discovered while continuing my research in preparation for the CNN interview. (I’ll admit it, I was nervous; there’s a reason some of us become writers  — we prefer to remain behind the desk and out of the public eye.)

So here they are: Five foods that can prevent you from getting a good night’s rest.

1. Preserved and smoked meats, and aged cheese. Slap your hand away when it reaches for the cheese and meat drawer to make a sandwich or snack. Salami, bacon, sausages, and smoked and preserved meats (ergo, all packaged lunch meats) contain high levels of the amino acid tyramine, which triggers the brain to release norepinephrine, a brain stimulant that makes us feel alert and wired. Most types of cheese also contain tyramine, which is a breakdown product of the amino acid tyrosine. Any food that’s fermented or aged (watch out for cheddar cheese!) is likely to be high in tyramine.

2. Chocolate. Love an evening cup of cocoa? That sundae in front of the TV? Be careful of chocolate in all its disguises. Many people are increasingly sensitive to caffeine as they get older, and even the little chocolate chunks in chocolate chip ice cream could zap you just enough to prevent ZZZZs. Chocolate also contains tyrosine, the stimulating culprit in cheese and lunch meat.

3. Energy drinks. Red Bull and other energy drinks are high in caffeine as well as the amino acid taurine, which boosts alertness and adrenaline. Seems obvious, but what most people don’t realize is that these are long-lasting effects. Recent studies have shown that even if you drink energy drinks early in the day, the combined high dosage of taurine and caffeine can make it hard to sleep, or to sleep well, later on.

4. Tomato sauce, chili, pizza, and spicy foods. Digestive disturbances are a common source of sleep problems, but many people fail to make the connection. Acidic and spicy foods can cause reflux, heartburn, and other symptoms that interrupt sleep. What most people don’t realize, though, is that you don’t have to actually experience heartburn symptoms to have your sleep disturbed. The simple action of lying down after eating acidic food is enough, and you may not realize your stomach’s working overtime as you fall into a sleep that’s lighter and more fitful than usual.

5. The nightcap. A drink or two may make you feel more relaxed after dinner, but it comes back to haunt you — literally — a few hours later, by preventing you from achieving deep sleep. A central nervous system depressant, alcohol disrupts sleep patterns. So you sleep more deeply for the first few hours of the night, but after that your sleep is lighter and more fragmented, with frequent waking. Also, alcohol’s a diuretic, so it both dehydrates you and makes you have to pee. Hence the dry mouth, headache, and frequent bathroom trips you might have noticed after a night’s indulgence. Because alcohol is a muscle relaxant, it relaxes the muscles of the throat, so if you snore or have sleep apnea, these will become much worse after drinking. Wine, beer, and any alcohol that’s fermented is high in the stimulant tyramine as well, so that’s one more strike against it.

Next post Going Green in Napa At Long Last