The Listeria Peril — And What the Hell Is Listeriosis, Anyway? 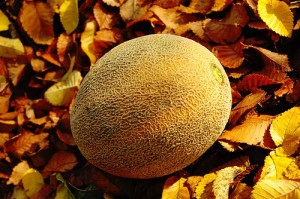 Canteloupes: Tainted By Fear, Not Listeria

Chances are, you aren’t buying canteloupes these days, scared off by the latest scare in food-borne illnesses. Canteloupes from a Colorado farm were found to be contaminated with Listeria, and have now sickened hundreds of people and killed 29, the highest death toll ever from a food-borne pathogen. The problem is, this is just the tip of a truly enormous iceberg. And canteloupes are the least of your worries.

According to one report, the CDC estimates that 245 people are actually killed by listeria every year — but these deaths are never linked to a specific outbreak so they don’t make the news. And not buying canteloupes does you absolutely no good — the canteloupes currenty in the stores have absolutely nothing to do with those that caused the outbreak. The Colorado canteloupe season is over; the current crop comes from California (my home state), where customers’ refusal to buy the fruit has desperately hurt the canteloupe farmers. They’re are leaving whole fields of fruit to rot — and leaving farmworkers without jobs — because it’s not worth the labor costs to pick them when there’s no market due to public perception.

The problem is, public perception is based on misinformation. These canteloupes are perfectly safe, while listeria lurks undetected in a host of other foods, from fruits and vegetables to meat and packaged foods. Here are the worst culprits when it comes to listeria contamination.

The Listeria bacteria causes a systemic condition called listeriosis, which can take up to two months to show up. Once a person becomes ill, it’s usually with meningitis and encephalitis, brain infections that are often fatal or severely disabling. If your immune system is healthy, it can usually fight off the slow-growing listeria bacteria, but the elderly, people with compromised immune systems, and pregnant women are at high risk of becoming seriously ill or dying from the disease and its complications.