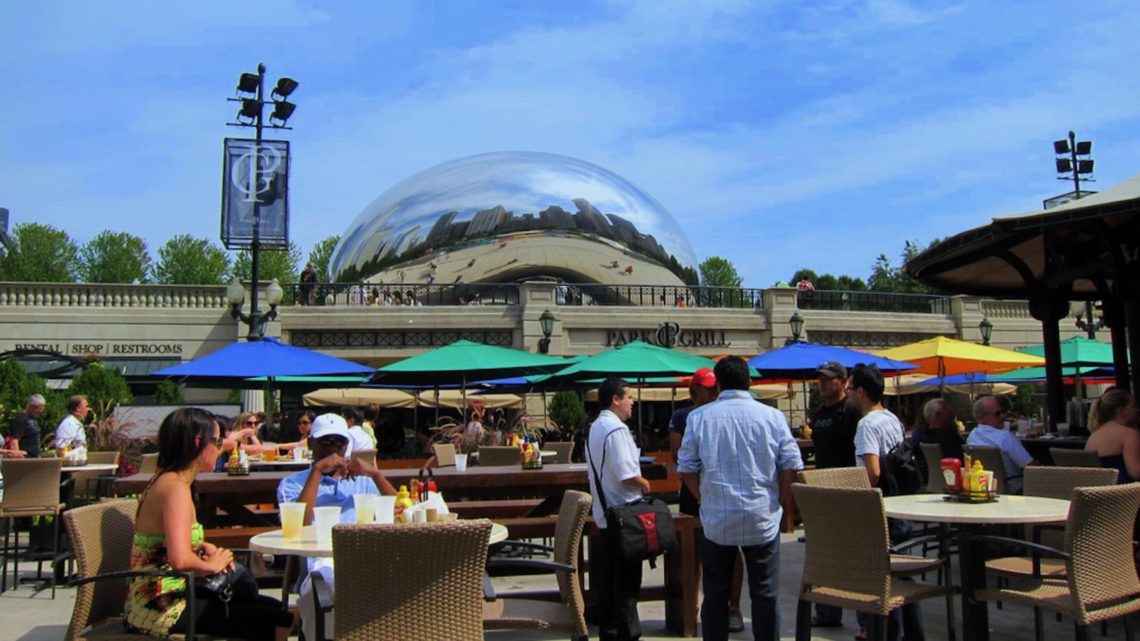 Although folks hailing from Chicago and other parts of the midwest often complain about the traditional meat-and-potatoes diet they grew up with, it seems clear by now that the Chicago of today, almost Parisian in its sophistication, has outgrown those limitations. I noticed the foodie-ism immediately; even chains like Corner Market were touting farm-fresh berries and local tomatoes in their daily specials, while out in the hipster neighborhoods like Bucktown and Lincoln Park every little hole-in-th

Then I got home and what should arrive in my mailbox but National Geographic Traveler with a splashy feature on Chicago, the Green City, with lots of ink given to the hot new locavore scene. So there you have it: veggies rule in the windy city of today, with a host of new restaurants offering dishes based on the rich offerings carted in from the “breadbasket of America” in surrounding Illinois, Indiana, Iowa, and other neighboring states.

But the guidebooks haven’t quite caught up; long lines still snake out of Giordanos and Portillos. Here, a few suggestions for those who want to skip the deep dish pizza and hot dogs in favor of creative chefs and seasonal bounty. 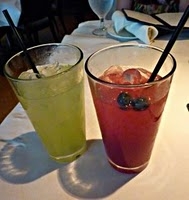 1. Feast
Google “best breakfast in Chicago,” as I did, and Feast comes up in numerous reviews – and rightly so, I’d say, after trying their challah French toast with peach-blueberry compote.  We ate at the original location in trendy Wicker Park, but the Gold Coast location near Lake Michigan may be more convenient for those staying downtown. The global-fusion menu melds Latin American, Asian, European, and all-American flavors and traditions, so there truly is something for every taste; you could start your meal with feta bruschetta or chorizo-stuffed dates, move on to a Cobb salad, then follow with tacos or a seafood Laksa of coconut milk and lime. 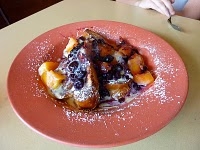 2. The Park Grill at Millennium Park
If your budget can tolerate one splurge, make it the Park Grill, which matches the glory of its location smack in the middle of the park with food so festive it makes you want to jump up and dance to the music pouring in from the buskers outside. Chef Bernard Laskowski brings a sort of pan-European panache to the dining room, layering a white-tablecloth formality with the breezy friendliness of an Avignon summer evening. While the steak and Kobe beef burger live up to their reputations, the menu really wowed us when it came to the appetizers and sides; the tomato and beet salads were exquisite and we almost came to blows over the last of the British Columbian mussels. 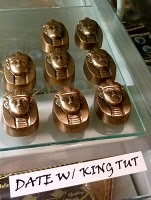 3. The French Market
Open only since the spring, the French Market seems to be still awaiting discovery by Chicagoans, who throng through the neighboring train station but don’t seem to find their way into the quiet interior of the market. I hope that changes, because it’s quite a place, with numerous stalls so specialized I’d never seen anything quite like them.

We had many favorites, among them Saigon Sisters, which offered  Vietnamese curries at street stall prices, and Miss Givings, a bake shop with a down home southern vibe where a share of the proceeds supports poverty programs in the inner city. The chocolate stands and patisseries were insanely creative. But what we couldn’t resist taking home were the pickled beets with horseradish from Gramp’s Gourmet. What could me more Chicago than that?

Where to stay while noshing across Chi-Town? The hip but friendly Hotel 71, which has a great view of the river and is close to the “blue line,” making it easy to get all over town to scope out neighborhood eateries.

Next post A Cheesemaker's Tour of the North Coast