Every spring the Bay Area's streams fill, waterfalls cascade, and the hills light up with color. Here's where to find it all. 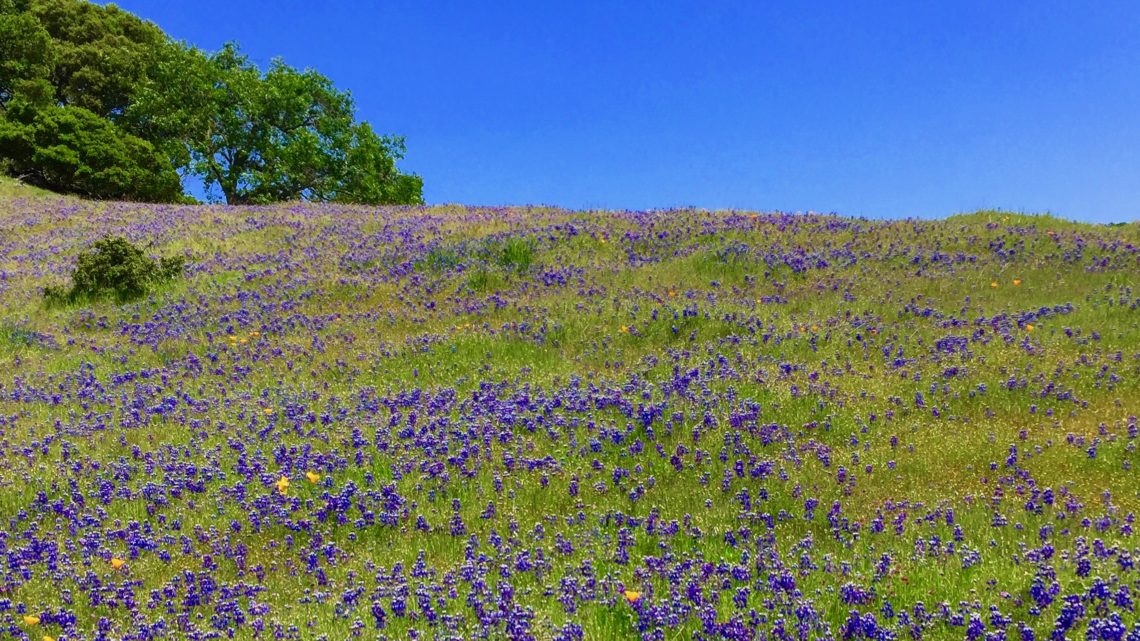 Spring flowers may be the primary product of April showers according to conventional wisdom, and in the hills and green belt areas that ring the San Francisco Bay Area there are plenty of those. But another result of all that water is, well…. more water than most of us are used to. Which means certain types of wildflowers, particularly the delicate ones that like marshy meadows and moist crevices are blooming in abundance. It also means creeks and streams are running higher than usual — though sadly, that hasn’t brought the spawning salmon back — and waterfalls are absolutely spectacular.

This spring has been wacky as far as world travel is concerned; a trip to Thailand was postponed when political violence seemed likely to take over Bangkok, while a trip to France was put on hold when the volcanic ash cloud cancelled flights. But hey, one thing we love about the Bay Area is how many opportunities for adventure we have right here at home.

Here are three of my favorite wildflower hikes 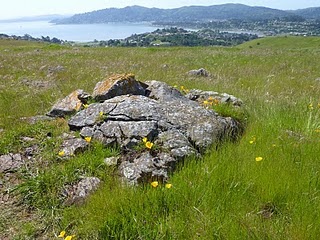 , all within an hour’s drive of San Francisco.
In Part II, I’ll scope out the waterfalls, hopefully before the hillsides dry out. I recommend that outdoors loving out-of -towners stay in the Nob Hill or Pacific Heights neighborhood, with gorgeous bay views and an easy escape route north. My picks: the swanky boutique Huntington Hotel or the Fairmont at Ghirardelli Square.

1. Ring Mountain Open Space Preserve
Just ten minutes north of the Golden Gate Bridge, Ring Mountain is one of Marin’s undiscovered gems. A fairly steep climb takes you to a ridgeline bare of trees from which you have insane views of the City, Mt. Tam, and Sausalito harbor one one side and the Richmond-San Rafael Bridge and the northern end of San Francisco Bay on the other. On the way up the hill, Douglas Irises peek out from the edges of oak groves.

Yellow lupine and blue dicks blanket grassy slopes, while California poppies tuck themselves along the edges of serpentine outcroppings. The trailhead for Ring Mountain is on Paradise Drive, the road that circles the Tiburon peninsula. From 101 north, take the Paradise Drive/Tamalpais exit; follow Tamalpais east, turn right on Paradise, and park on the right where you see a wide shoulder and break in the wooden fence.

2. Black Diamond Mines Regional Preserve, Contra Costa County
Green rolling hills are the trademark of the east east bay, as locals refer to Contra Costa County, and this former cattle ranch and coal mine is all rolling grassland and gentle flower-dotted slopes. 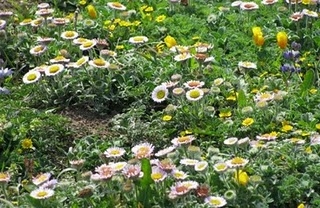 At different times you’ll see buttercups, owl’s clover, blue dicks, and later in the season this is one of the best displays of fiery Indian paintbrush. Take Highway 4 east, exit at Somersville Road and you’ll see the regional park entrance. The Stewartville Trail, which goes off the main fire road to the left, has the best early spring flowers.

3. Kortum Trail, Jenner Headlands, Sonoma Coast
On the road to the parking lot for popular Goat Rock State Beach, keep watch for the easy-to-miss starting point marking the Kortum Trail. Skirting the edge of the bluff high above the Pacific, it passes through solid blankets of low-lying meadow flowers such as daisies and buttercups. You’ll have a hard time deciding where to feast your eyes; on the iridescent green meadows, or on the waves crashing below on the arched basalt rocks.

To the north is the estuary where the Russian River empties into the ocean, close enough that you may hear the barking of seals and sea lions carried on the wind. To the south is Shell Beach, one of the best tidepooling spots on the Sonoma Coast.

If you have a favorite wildflower hike in the Bay Area or elsewhere, please list it here in the comments section; I’d love tips for future posts!